After a lot of research the decision has been made to replace the engine in Perspectief. Her engine is as old as the boat and maybe be even older. Here follows an explanation of why we need to get a new engine and also a narrative of the research undertaken. No doubt you will want to read on to find out the progress on the project, but this post is just about the research.

When Perspectief was commissioned in 1987 at the z-yacht yard in the Netherlands, she was equiped with a Ford XLD 1.6 Diesel. This engine is sometimes referred to as the XLD-4016 but also as the Dagenham since it was produced at Ford’s Dagenham plant (Dagenham is in Essex, UK). This Ford engine was fitted in a Ford Escort and also some vans. 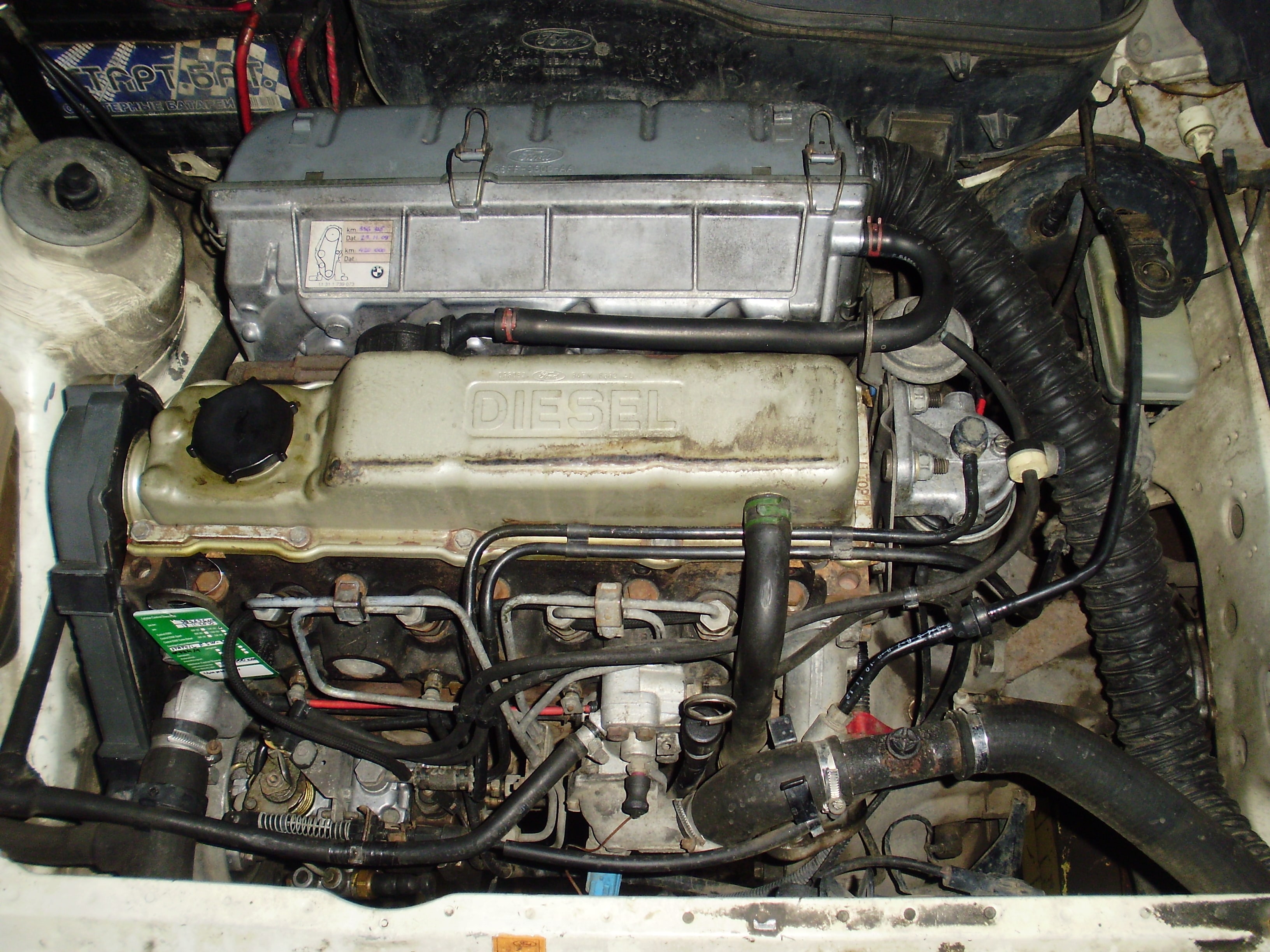 It seems that the components for marinising this engine would have come from Lancing Marine in Sussex UK. I would imagine that the actual marinisation may have happened in Holland with parts shipped from the UK.

Interestingy I have 2 books from Haynes Publishers - The Ford 1.6 and 1.8 Diesel Engine 1998, but also I recently discovered the Diesel Boat Engine Manual, Peter Bowyer 1989. This latter book has a section on marinising the Ford 1.6 from parts supplied by Lancing Marine (see below for an extract). 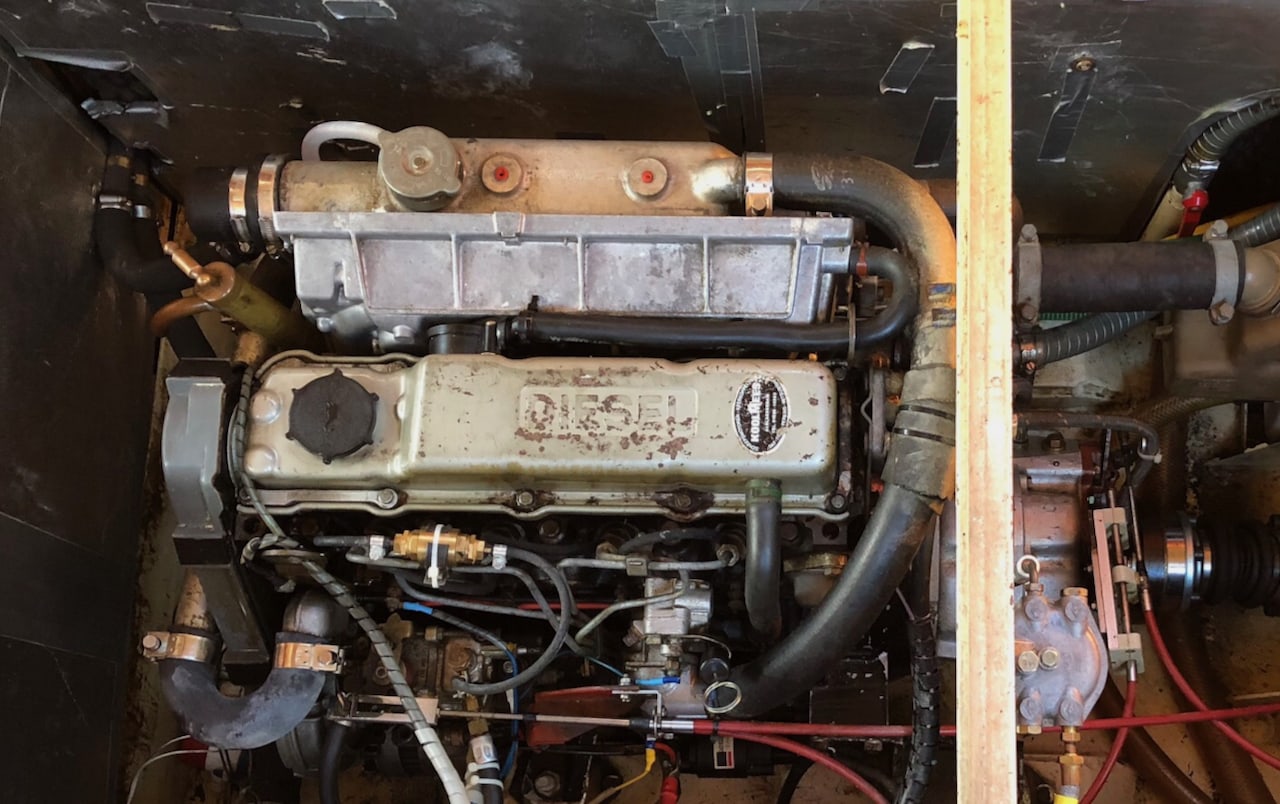 Why should the engine be replaced?

First of all, I should say that the engine has done very well and could probably go on for another 35 years, but here are some issues which make this engine less attractive for us cruisers:

Since I became the owner of Perspectief, I have soundproofed the engine bay and this has helped a little but the engine is so big that the supports for the floor are sitting on top of the air intake (the highest point of the engine. In the process to marinise this engine the air intake silencer and filter is removed; I believe this could also be a reason for excessive noise.

Fortunately, between the engine and the shaft there is an aquadrive because it would have been impossible to align the shaft directly with the output at the gearbox, because the engine fits exactly between the bottom of the hull and underside of the floor. Let me show you: 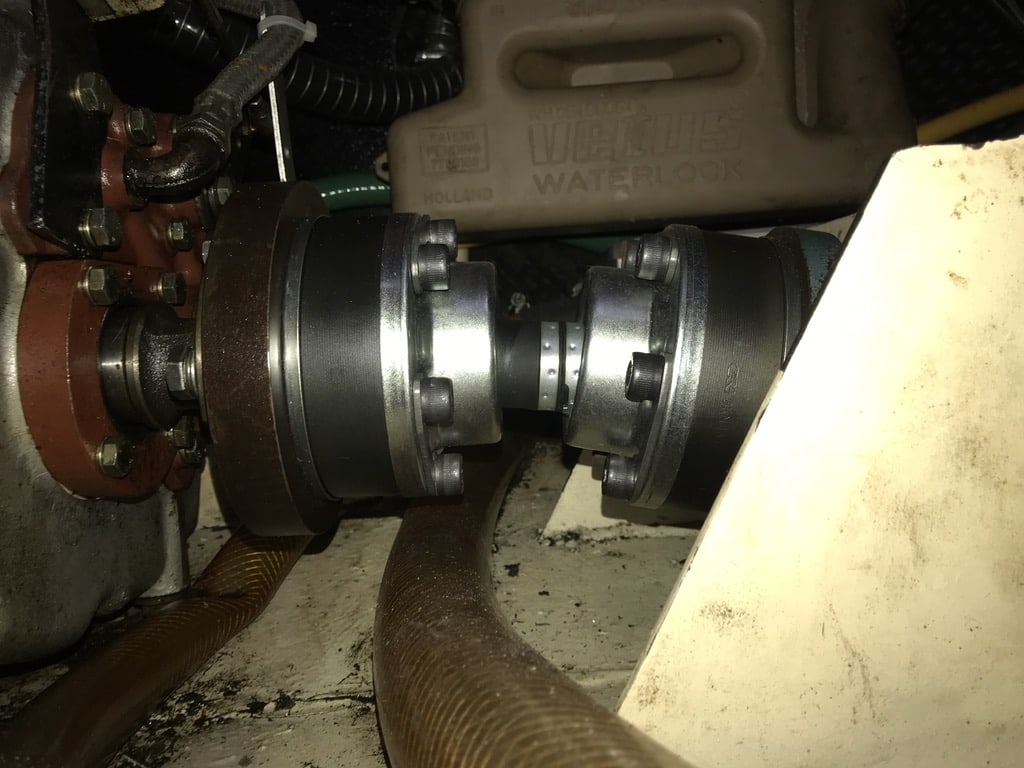 In order to establish the replacement engine and gearbox we need to evaluate 2 pieces of information:

Detailed Specifications of the current engine

The Ford 1.6 Diesel Engine is not specified with horsepowr when used in a car (such as a Ford Escort). Even when looking through the Haynes Workshop Manual no information is given, however Wikipedia has an entry for this engine and it states that - Output is 40 kW (54 PS; 54 hp) at 4800 rpm. Or simply put 54hp at 4800rpm.

This worried me at first, because I was considering a 38hp replacement. But then I found the page in the Haynes Diesel Boat Engine Manual. 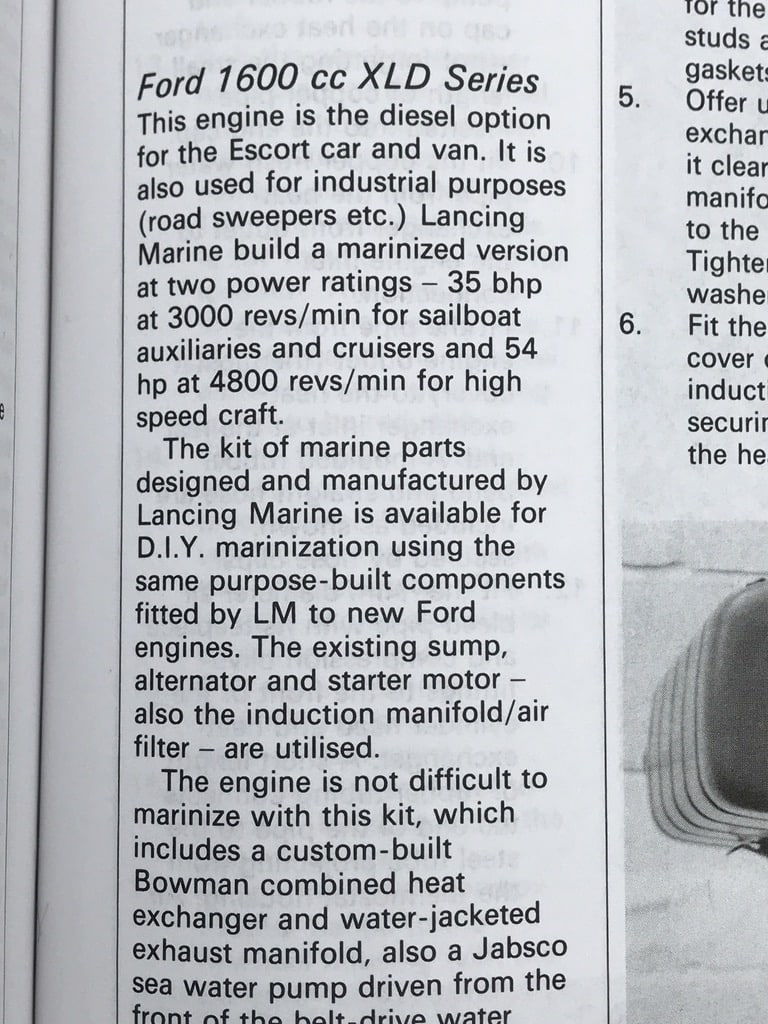 As you will read, this states that this marinised version is rated at 35HP at 3000rpm.

This is a PRM Delta Hydraulic and is no longer made. This would be replaced by a PRM 160.

Ok, so what we should now do is try to calculate the ideal engine size for this boat.

This required some maths and I referred to an excellent book in my posession: How to Install a New Diesel Engine, Peter Cumberlidge, 2006, Adlard Coles. The information herein was also verified by referring to the Diesel Boat Engine Manual, Peter Bowyer, Haynes Publishing 1982.

Perspectief’s specifications needed for the calculations:

The probable maximum speed that Perspectief can reach is:

To calculate the horsepower (HP) needed to reach this max speed the following formula can be used:

So, we can confidently suggest that an engine that delivers 38hp at 3600rpm will be adequate.

So what is the best choice?

Here are the engines that I have considered:

Why did I choose the Betamarine 38?

Another reason is that I have previously owned a Betamarine engine on my previous boat, and I found this to be very reliable and easy to maintain.

I can let you read all about the Betamarine 38 engine here. In the next post I will show the details of the existing engine space against the new engine and how this should fit in to the space.

Take a look at this animated gif where I overlay the Betamarine 38 (in red) on top of the Ford (engine only - no gearbox).

Here is a gallery of these images kept on Flickr

Measure me in Units